Corporate Governance Report 3. Board of Directors

According to Article 14 of the Articles of Association, the Board of Directors of Conzzeta AG consists of between five and eight members. On December 31, 2018, it was composed of eight members. 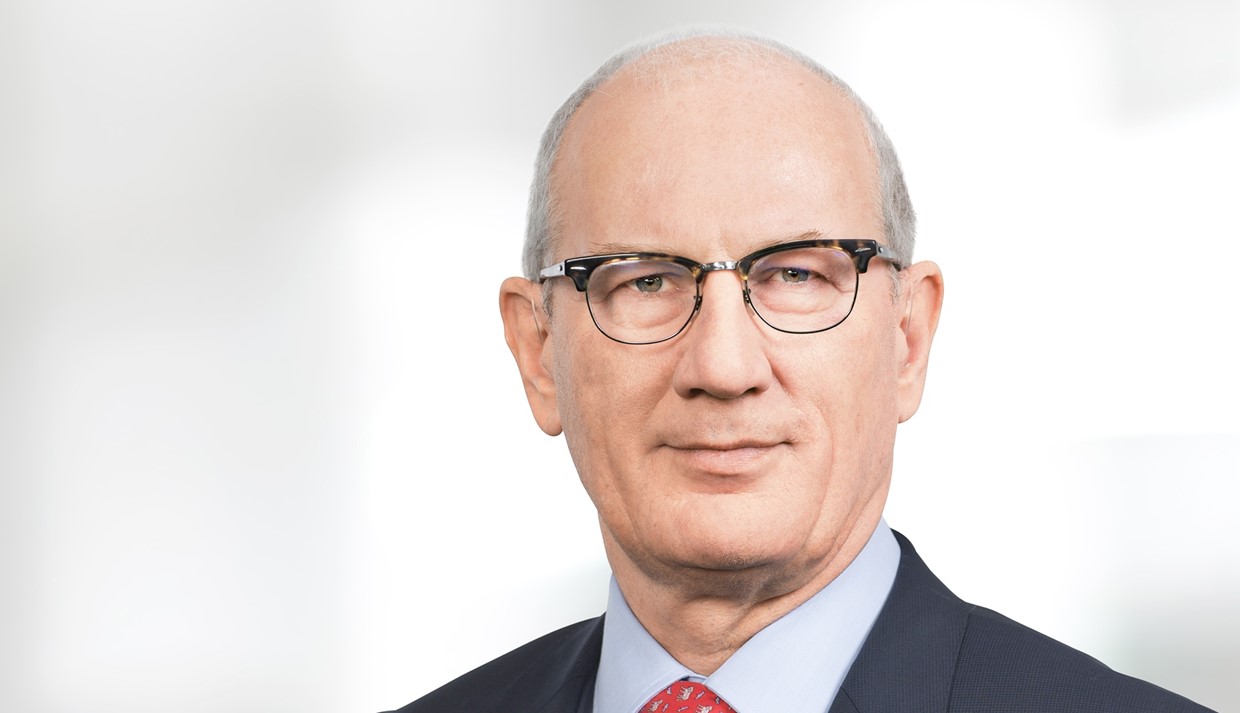 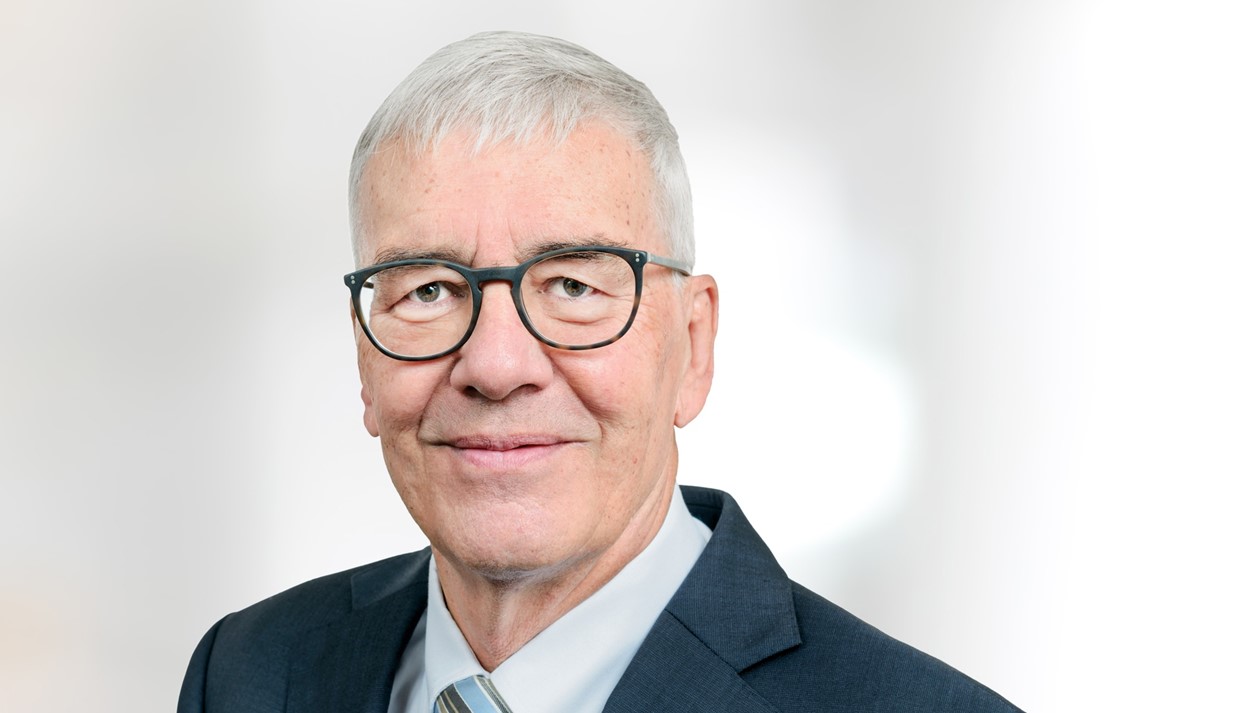 lic. oec. publ., born in 1943, a Swiss national. Since 1977, he has been a member of the Board of Directors of Conzzeta AG, previously Zürcher Ziegeleien, which he chaired from 1984 until 2014. In 1976, he was appointed to the Executive Committee of Zürcher Ziegeleien. He was Chairman of the Executive Committee from 1978 until 2001. Under the leadership of Jacob Schmidheiny, the Group transformed itself from a supplier of construction materials into the current industrial holding company. He is also a member of the board of directors of Plazza AG, Zurich. 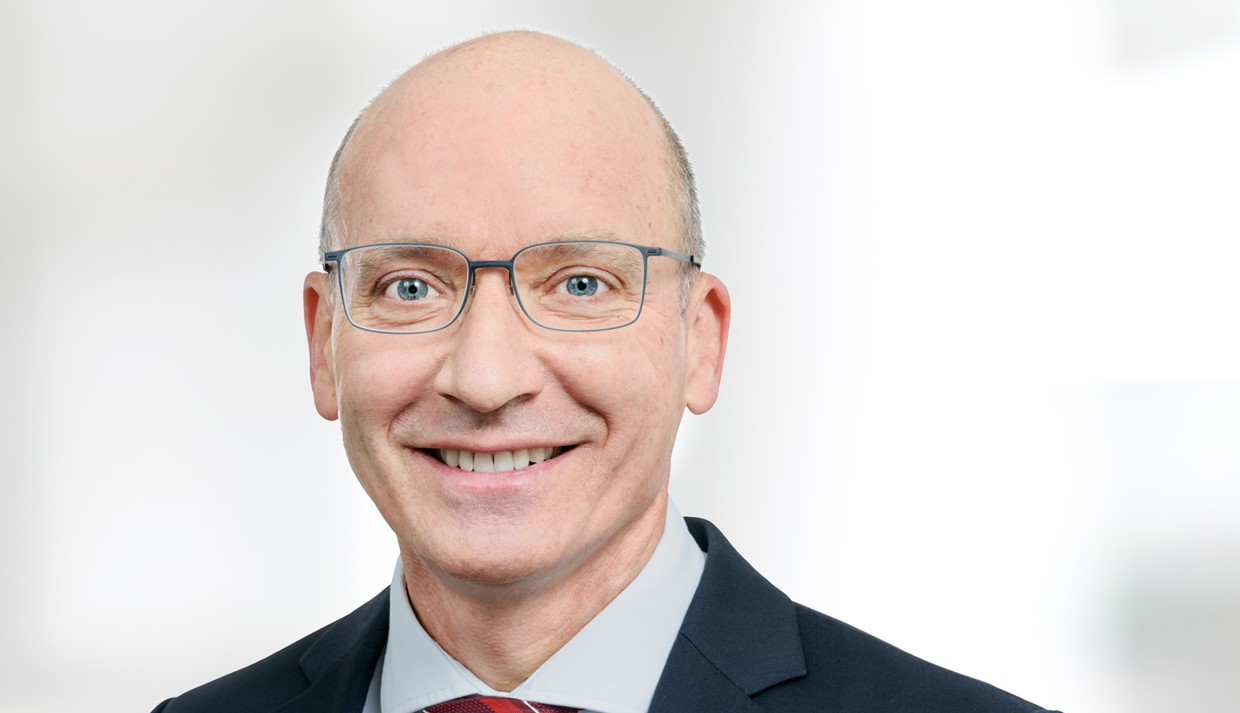 lic. oec. HSG, born in 1965, a Swiss national. Since 2008, he has been chief executive officer at Emmi, Lucerne. Until 2008, he headed the Marketing department and was a member of the general management at the Federation of Migros Cooperatives MGB in Zurich. From 1995 until 2000, he worked at the Lindt & Sprüngli Group, Kilchberg, in various management roles nationally and internationally. He started his career working in various positions at Kraft Jacobs Suchard. Urs Riedener is also a member of the board of Promarca (Swiss Association of Brand Articles), a member of the board of GfM (Swiss Marketing Association) and a member of the executive committee of the Institute for Marketing at the University of St. Gallen. 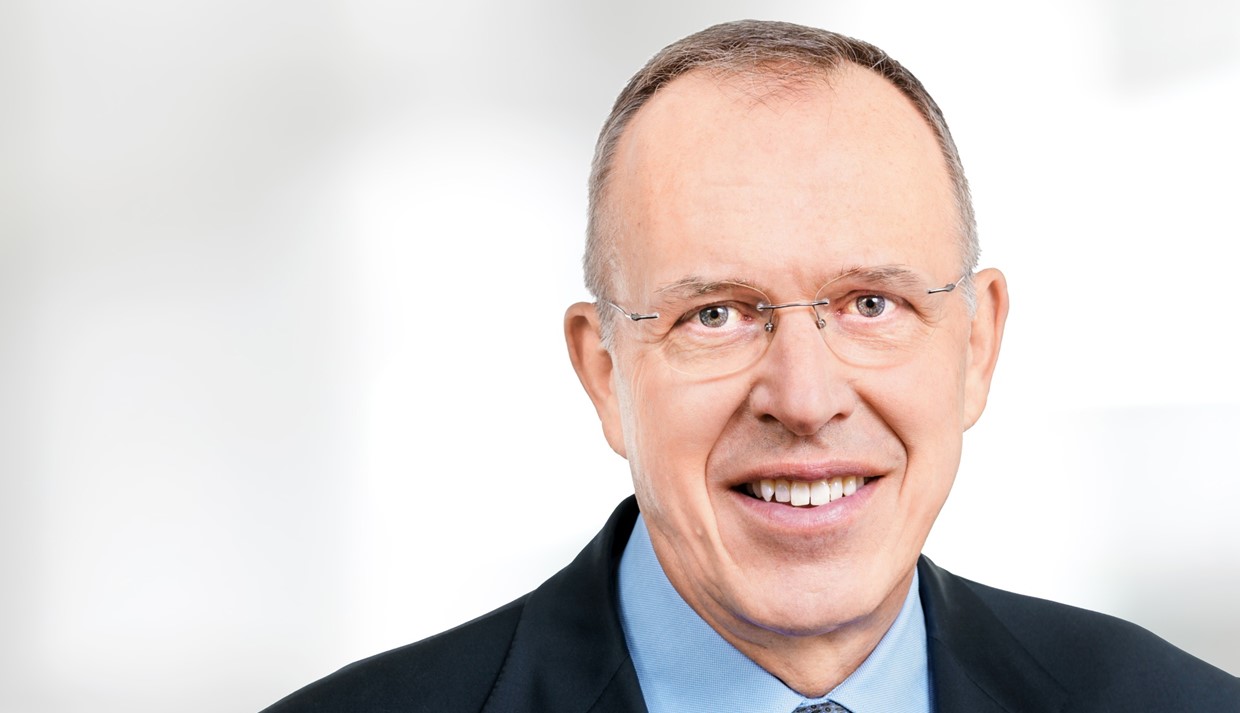 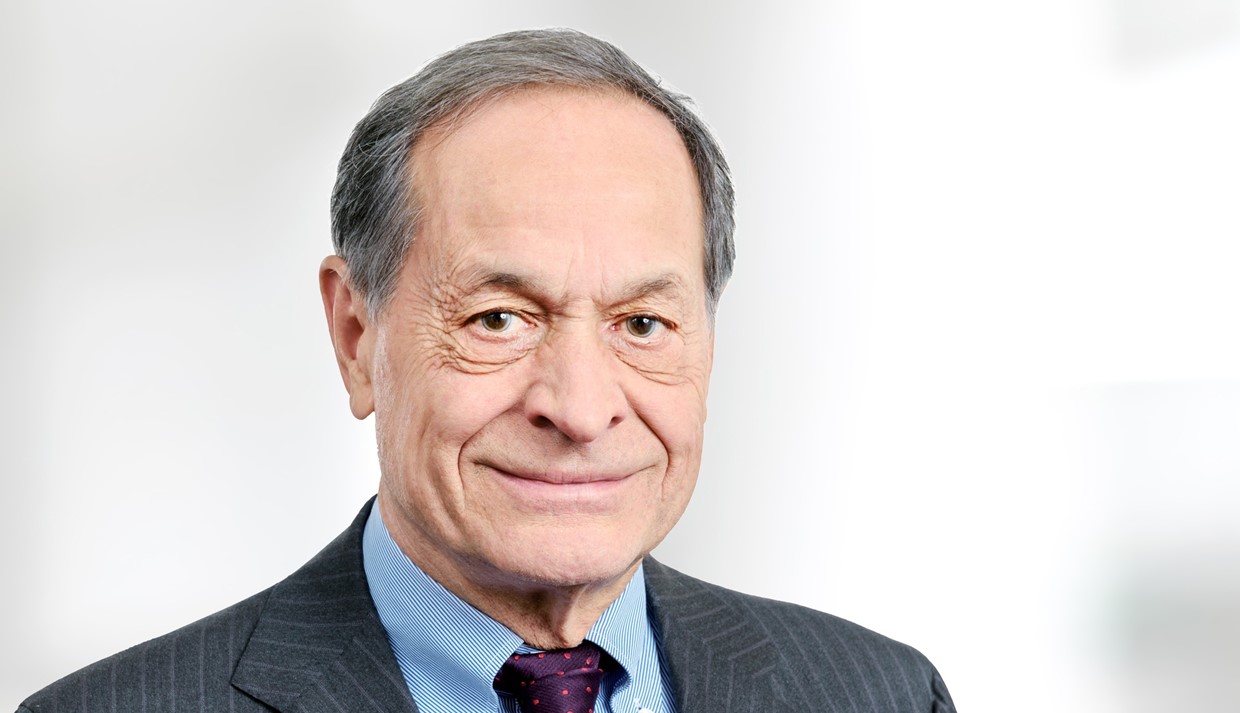 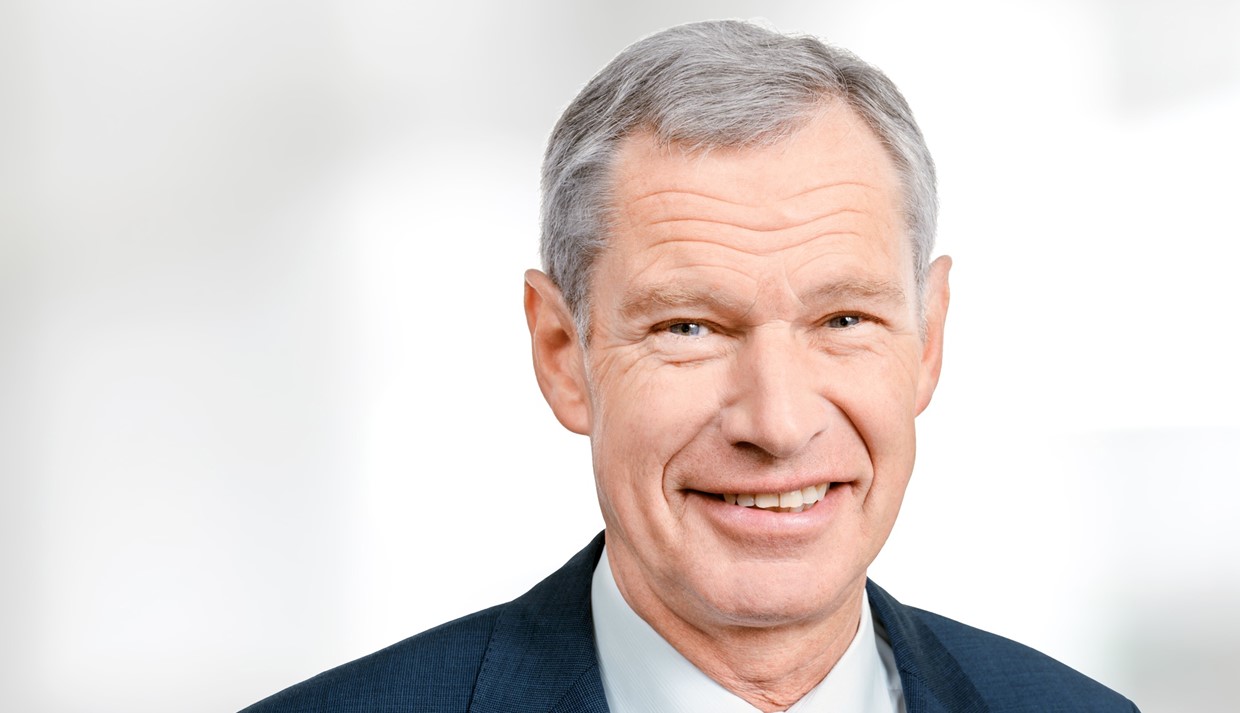 Dr. oec. HSG, born in 1957, a Swiss national. He is a member of the board of directors of Swisscom AG, Bern, and of Aargau Verkehr AG (AVA), Aarau. Previously, between 2004 and 2017, he was chief financial officer at Georg Fischer Ltd., Schaffhausen, which he joined in 1996, initially working as chief financial officer for the Agie Charmilles Group (1997 to 2004). He held various positions at the Eternit Group in Switzerland and in Venezuela (1987 to 1996). 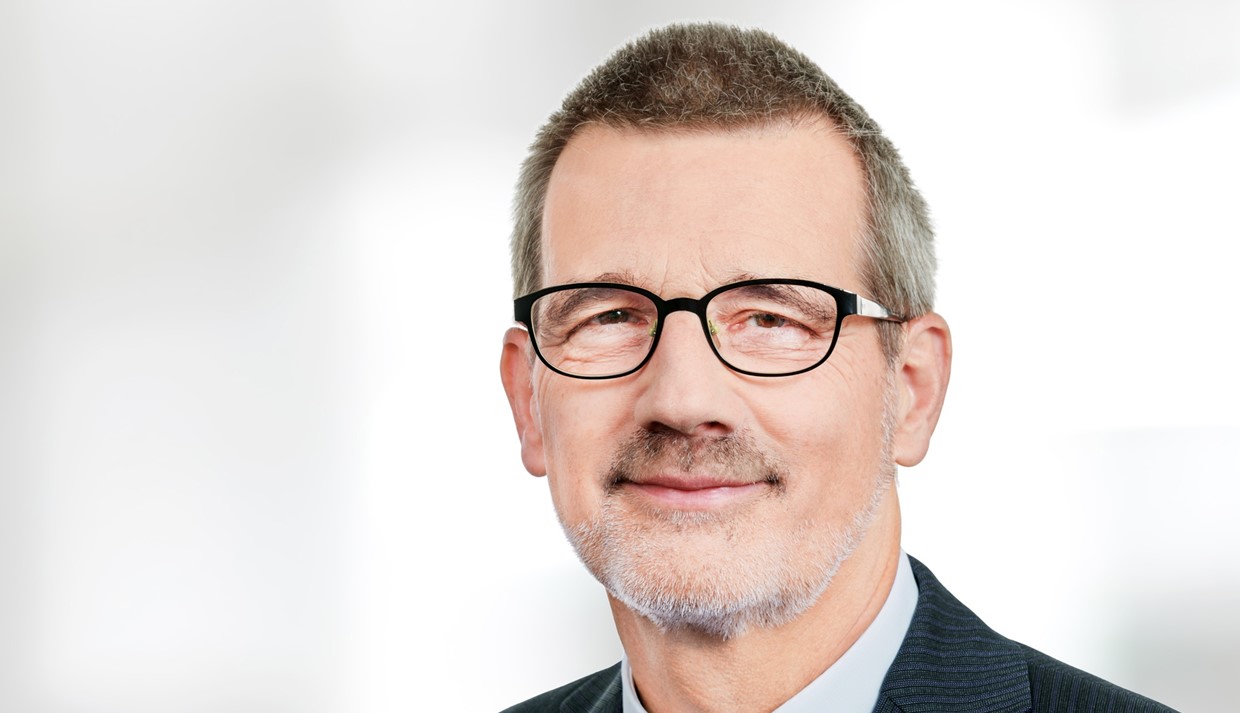 Dipl. Ing. ETH, born in 1954, a Swiss national. He has been chairman of the board of directors of Bucher Industries Ltd, Niederweningen, since 2016, which he has led as chairman of the executive committee since 2002. Between 1980 and 2001, he held various management positions within the Sulzer Group from Winterthur, including at Sulzer Innotec Ltd (1980 to 1992), then as head of division at Sulzer Thermtec (1992 to 1996) and as head of division at Sulzer Textil, Rüti (1997 to 2000). He is also chairman of the board of directors of Uster Technologies Ltd, Uster, and a member of the boards of directors of Bobst Group SA, Mex, of Ammann Group Holding AG, Langenthal, and of Vanderlande Industries B.V., Veghel, The Netherlands. 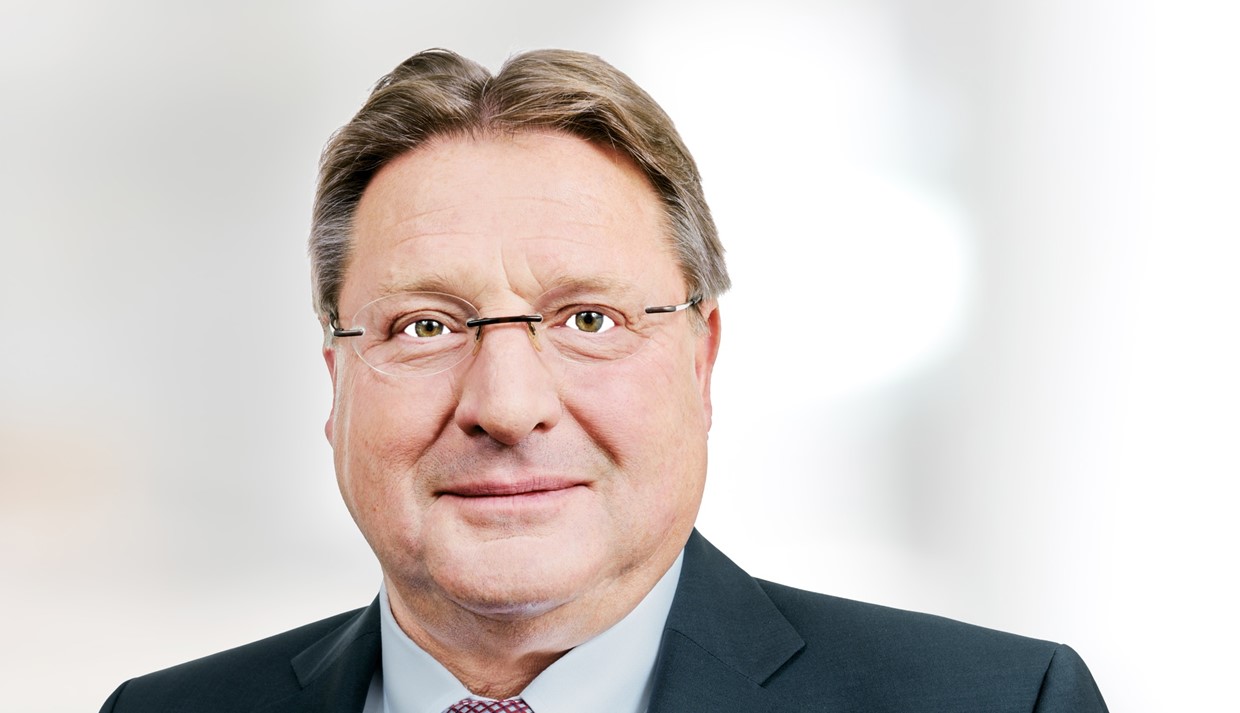 Dr. iur., born in 1953, a Swiss national. He has been an independent attorney and notary public in Glarus since 1981. He is also a member of the Glarus Cantonal Parliament and vice-chairman of the board of the Cooperative Migros Zurich.

Following the departure of the previous Group CEO, Robert Suter, Ernst Bärtschi temporarily performed the function of Group CEO as a Delegate of the Board of Directors between February 3, 2015, and the arrival of the current Group CEO, Michael Willome, on January 1, 2016. Otherwise, no member of the Board of Directors works in an executive role for the Conzzeta Group or has worked in any such role within the last four years. No member and no enterprise or organization represented by that member has any significant business relationship with the Group – other than with the status as a shareholder (under Financial Report, Notes to the Financial Statements of Conzzeta AG).

3.3 Rules Contained in the Articles of Association Relating to the Number of Permitted Activities under Article 12 para. 1 point 1 OaEC1

The date of first election to the Board of Directors of each member is presented in the table under Section 3.1 "Member of the Board of Directors". There are no limitations on the term of office. None of the rules contained in the Articles of Association concerning the appointment of the Chairman, the members of the Remuneration Committee and the independent proxy deviates from those prescribed by law.

The Human Resources Committee consists of those members of the Remuneration Committee appointed to the task in the course of the Annual General Meeting held on April 24, 2018. These are namely Philip Mosimann (Chairman), Werner Dubach and Robert F. Spoerry. The Chairman of the Board of Directors also participates in meetings of the Human Resources Committee as a general rule, as well as the Group CEO and the Group HR manager, in an advisory capacity, albeit it not when it comes to determining their own salaries. With regard to using external advisors, reference is  made to the Compensation Report, Section 2, Priorities in 2018.

The Audit Committee consists of Roland Abt (Chairman), Matthias Auer and Urs Riedener. As a rule, the meetings of the Audit Committee are also attended in an advisory capacity by the Chairman of the Board of Directors, the Group CEO and the Group CFO. Upon invitation by the Chairman, the external auditors and internal auditors of the company may also attend meetings or participate in discussions of individual items on the agenda. The essential tasks of the Audit Committee are described in the Organizational Regulations. They include in particular:

The Audit Committee meets upon invitation by the Chairman as often as required by business, but on no less than three occasions each year. It normally meets in March, August and November and at these meetings discusses, among other things, any annually recurring issues in accordance with the description of tasks provided above and following a standard agenda. During the reporting year, the Audit Committee held four meetings lasting two to four hours and one one-hour telephone conference. Additional details can be found in the Report of the Chairman of the Audit Committee.

On the basis of the Organizational Regulations, the Board of Directors has delegated the operational management of business to the heads of the business units, who are also members of the Executive Committee, under the leadership of the Group CEO. The heads of the business units are responsible for the comprehensive operational management of their business units. They manage them in accordance with the strategy approved by the Board of Directors, strategic financial planning, and the annual budget. Important transactions that exceed a particular financial threshold must be presented to the Board of Directors in advance for approval, such as in particular decisions concerning the incorporation or sale of subsidiaries, the acquisition or sale of equity interests, restructuring projects, investments, acquisitions, divestments, the purchase and sale of real estate, the conclusion of rental agreements and leases, consultancy contracts, cooperations and strategic partnerships, major projects (e.g. in the area of IT, development, organization) and financial obligations, the instigation of judicial proceedings and the conclusion of settlements, the threshold values for which lie between CHF 3 and 10 million, depending on the transaction.

The Conzzeta Group applies methodological processes, which the Board of Directors uses as a basis for assessing the business outlook and strategic, financial and operational risks. Alongside the financial reports and analyses, these constitute the internal control system and the strategic and operational risk management. The Board of Directors receives an annual report concerning the risk situation drawn up by the Group CEO in consultation with the Group CFO and the General Counsel, which is based on the written risk reports of the business units following the discussions of the same. As regards the risk management process, reference is made to the statements "Risk Management and Corporate responsibility" in the Business Review. In addition, the Board of Directors receives a report on the internal control system, the management letter from the external auditors, the comprehensive report of the external auditors for the Board of Directors each year along with a report on the employee pension funds in Switzerland.

The Chairman of the Board of Directors also participates in annual strategy meetings of the business units and individual project meetings and visits Group companies nationally and abroad.